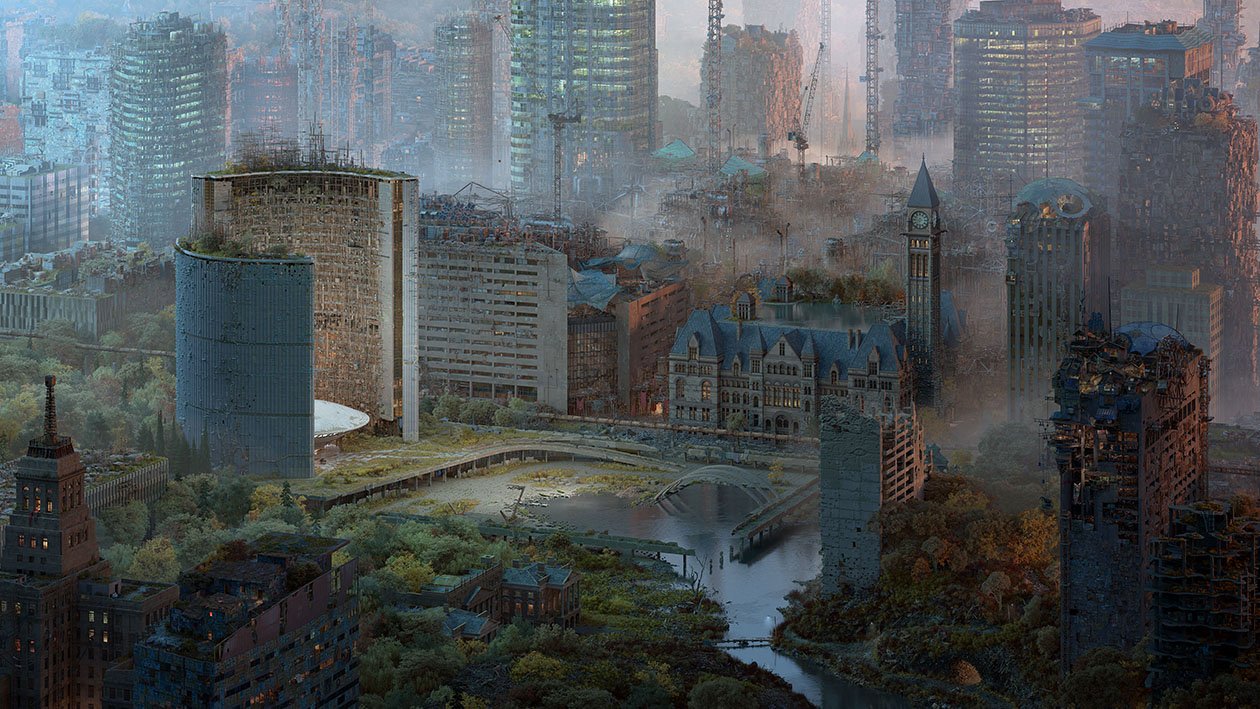 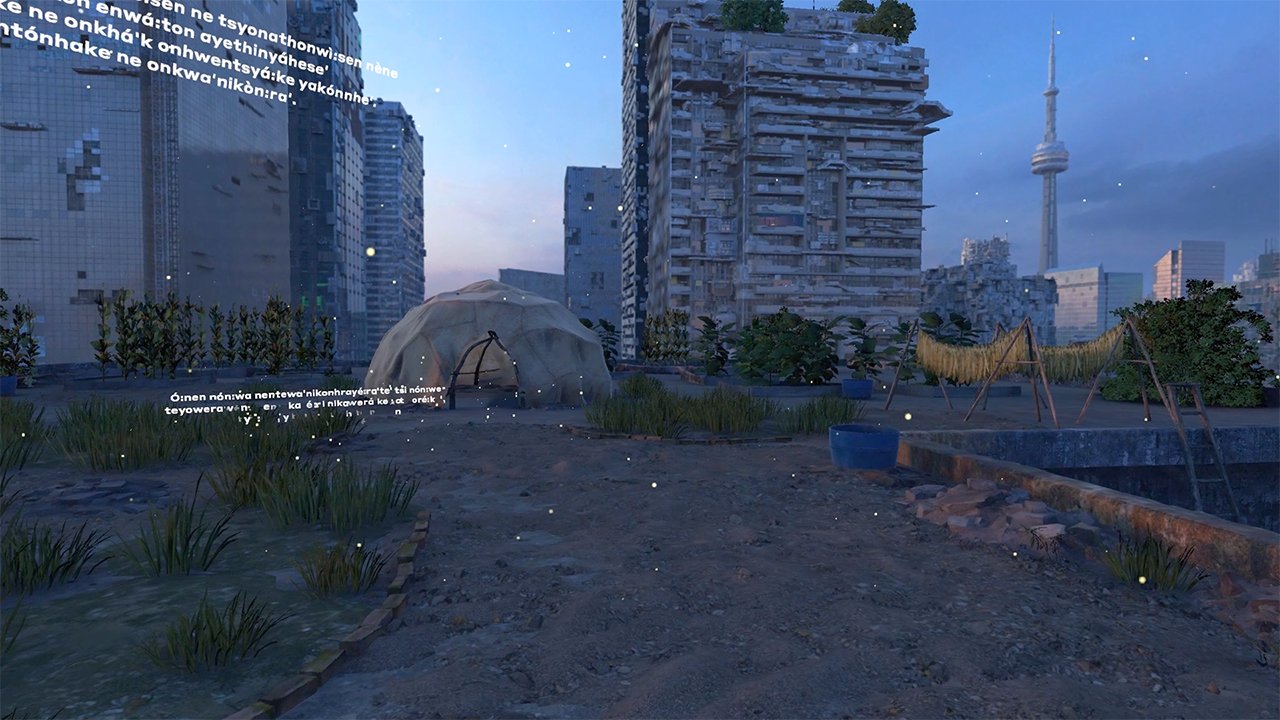 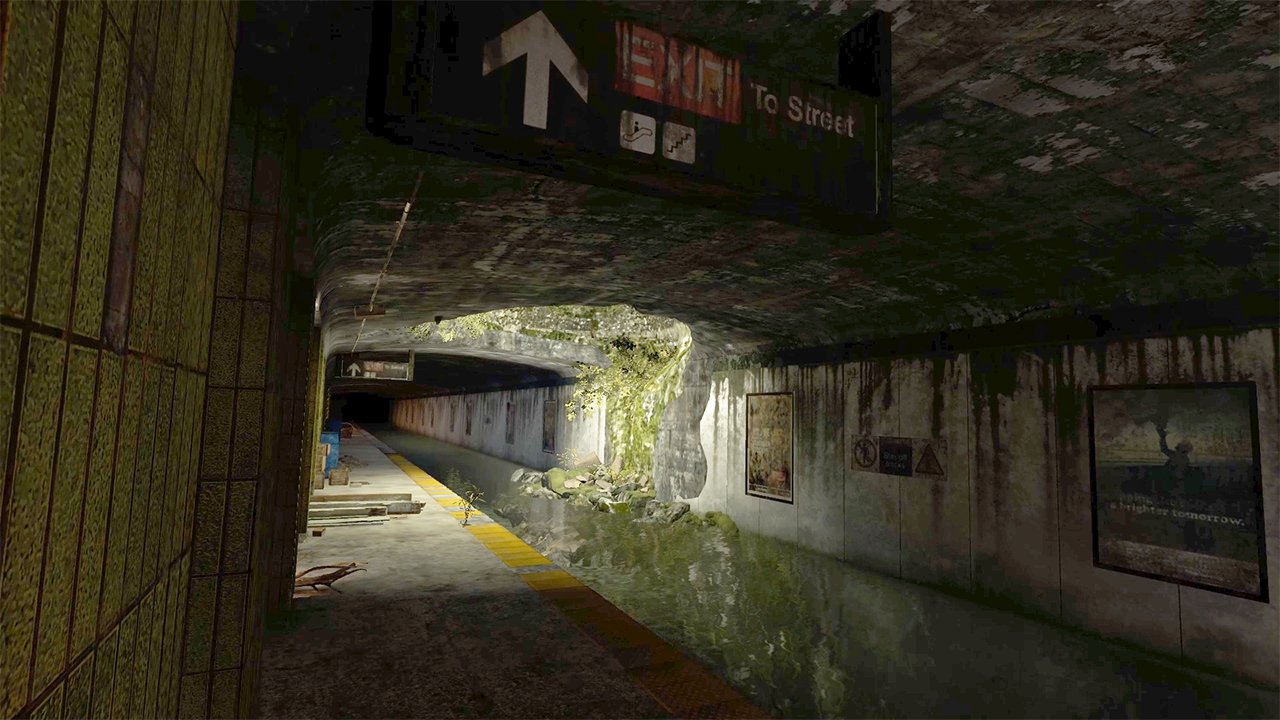 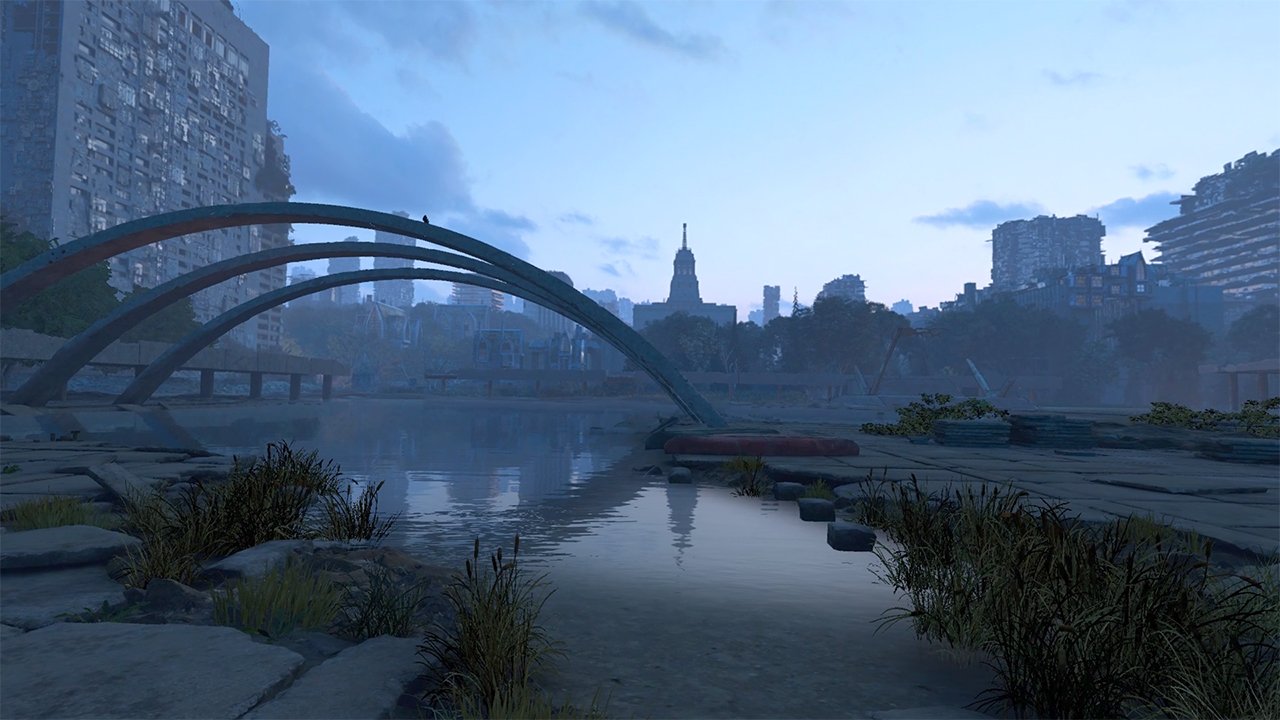 The town square is flooded. The city’s infrastructure has merged with local flora. In this radically different future, people have found a connection to the past. Biidaaban: First Light illuminates how the original languages of this land can provide a framework for understanding our place in a reconciled version of Canada’s largest urban environment.

Rooted in the realm of Indigenous futurism, Biidaaban: First Light is an interactive VR time-jump into a highly realistic Toronto of tomorrow. As users explore this altered city now reclaimed by nature, they must think about their place in history and ultimately their role in the future.

Language carries the knowledge of its speakers. Indigenous North American languages are radically different from European languages and embody sets of relationships to the land, to each other, and to time itself. But as Indigenous languages face the risk of disappearing, we risk losing what they have to teach us.

The Globe and Mail, “Is Virtual Reality About to Break Through as an Artist’s Medium?”

Filmmaker Magazine, “Our Culture is our Language”

The Globe and Mail, “A Virtual Reality Film that Imagines Toronto’s Wild Future”

Engadget, “The Surprising Beauty of Nature Taking Over Toronto in VR”

CBC Arts, “Imagine if Toronto was Reclaimed by Nature…”